I am so excited to announce the release of Shaker Songs, Winterbirds’ debut album!

A little back story. Last year, I was fortunate to collaborate with composer Nick Rich in my commission, performance, and recording of his flute/light composition “This is a picture of…”  (Read about that collaboration in a former blog post.) Shortly after our world premiere performance, Nick asked me to join his progressive folk band, Winterbirds. Our conversation went something like this:

Me: Have you ever heard of a bluegrass flutist, before? Maybe there’s a reason for that?
Nick: Nope. You’ll be the first!

Folk music has always had a special place in my heart. There’s something about it that feels like home, in all its rich simplicity. Mix that with the opportunity to work with an incredible lineup of musicians: I was sold. Bluegrass-flute precursor (or lack thereof) be hanged, I couldn’t say no. And since joining last summer, I’ve been blown away by the musicianship and creativity of my Winterbirds colleagues.

Take a moment to listen to Shaker Songs (I play on tracks 6-8)! I hope you’ll find it as refreshing as I have. If you like what you hear, follow our Facebook page for upcoming performances and news. 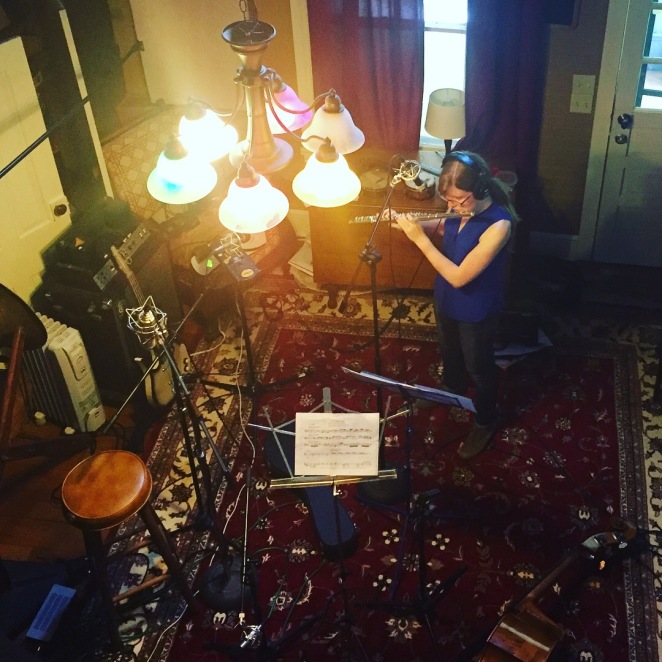